I am a lifelong Republican, starting with helping my parents campaign for Dwight Eisenhower. I was very young. Throughout the years I embraced the Republican principles of balanced budgets, strong national defense, individual rights and the other common sense principles that make for a strong, viable Republic.

When Donald Trump came on the scene I thought there was no way this guy could win, and no way will he be capable of representing Republicans. One of the Republican Governors or Senators will surely win the nomination went the conventional wisdom. Having worked in the “traditional” wing of the party I was not tuned into the growing conservative bloc of voters who felt there was little difference between the parties. No matter who gets elected, they concluded, we keep drifting to the left. 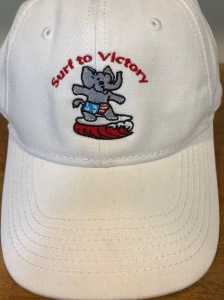 So Trump is elected and does and says things that initially appear to be outrageous. He tells our NATO allies they need to start carrying their weight on the cost of defending Europe. He starts what looks to be trade wars with China, Mexico, Canada and Europe (free trade Republicans go crazy).  He calls the leader of a rogue nation (North Korea) that has nuclear capabilities “Little Rocket Man”.  He kills the Iran nuclear “deal”. He tells the U.N. we are not going to give foreign aid to nations that do not support our goals. On and on. You get the idea. Finally, a President who says things we all think about but are too afraid to say out loud.

Despite the second guessing, negative reports and high drama, it turns out Trump has been right on all the issues.  We are getting better trade deals; rogue nations are falling in line; allies are not taking advantage of us like they used to; mortal enemies are afraid to make a move because they don’t know how Trump might respond, and so on.

My point is that Trump has awakened me to the fact that “business as usual” had us on the path to socialism and basic ruination. Would a Ted Cruz, Marco Rubio or Scott Walker been able to achieve all of the accomplishments Trump’s administration has in less than two years? I doubt it. Trump’s bold moves have resulted in positive outcomes that may very well allow America to remain the greatest nation for another century.

What it took was someone who knew what he wanted to accomplish and how to make it happen. This bold, new Republican era must be sustained by a red wave of voter turnout, both during early voting and at the polls, through November 6. Trump’s achievements can not be repeated too often as we work in our communities to get out the vote.

By Walter B. Bull Jr.

Before the analysis of President Trump’s September 19 address to the United Nations is compartmentalized by liberal and conservative writers, I would like to put forth my unvarnished opinion.

I liked the tone and American themed text that was not politically driven drivel pushed by the unrealistic cadre of Democrat politicians. Many listeners didn’t care for his philosophy. The stony silence when our president brought up the long term track record of failed socialism and central control of an economy by strong men dictators indicates Mr. Trump was testing his audience. END_OF_DOCUMENT_TOKEN_TO_BE_REPLACED