A random tweet brought everything into focus. Twitter is derided by many but it is often a dispensary of common sense. The tweeter recognized we are going to have to come to grips as a nation with prioritizing how we help those vulnerable to COVID-19 versus how we mitigate the economic impact we impose on everybody else. 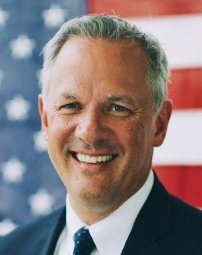 Everybody else will take a much greater and longer lasting hit. But wait, you say. People will die. Yes, people do. Die. Every day. That’s not part of our context here. Restaurants closing under Democrat Gov. Roy Cooper’s iron-fisted executive order might never re-open. In fact, a majority will not. Jobs lost will never come back. The chains will survive, but your locally owned eateries and cafes will die, slowly, under the current scenario. I know these people. They are in disbelief.

Earlier today Governor Cooper announced, via a press release, that all North Carolina restaurants and bars must close in-restaurant seating by 5 this evening. His mandate will devastate our economy, shutter many small businesses, and leave many people unemployed, especially in the rural areas of our state where food supply is already critical.

After the press release, and shortly before a scheduled press conference, I, along with other Council of State members, was asked to concur with the Governor’s decision with no discussion. The Governor held his press conference and made the announcement even after a majority of the Council of State voted not to concur with the Governor. Thus, he does not have the authority to issue this part of his executive order.

While I understand that all actions in a time of crisis are very difficult decisions and have many consequences, some decisions are so serious they require, by law, discussion with, and approval of, other state leaders.

Lt. Governor Dan Forest makes an important point. The necessity of closing all NC restaurants and bars might be debatable — especially if you own one — but there is no debate about this: the Governor is not a dictator who can ignore legal protocol, even in a crisis.

After his office issued a statement Forest elaborated via Twitter (@LtGovDanForest): “My statement today was about the rule of law, not about the rightness of the decision made by the Governor. Had a majority of council of state concurred with the governor, I would be in full support. … But a pandemic should not lead to unquestioned acceptance of every decision a Governor makes, especially when (his) authority to do so is anything but certain.” The Council of State has 10 members. Six opposed Cooper’s decision. All six are Republicans. He ignored them. Cooper presumes he is a king.

Roy Cooper was born into a tobacco family. He worked in the family law firm after earning his law degree from the University of North Carolina. Cooper was elected to the General Assembly in 1987. He has not held a job most of his adult life, never had to make a payroll, never had to adapt to government imposed regulations. The irony in 2020 is that Cooper is afforded the luxury of ruling by fiat because the GOP-led Assembly since 2011 has taken steps fiscally which find North Carolina sitting on a multi-billion dollar “rainy day fund”.

We are living in a time of marked extremism. We have a governor in North Carolina who would rather drain our budget surplus than let people keep their jobs and sustain their livelihoods. The suspicion — the reality — is he is taking advantage of an opportunity to expand  government control and reduce self reliance. It’s straight out of the American Left’s playbook. They’ve been waiting. China obliged.