As do many, I have a friend who tries persistently to view everything around him through an apolitical lens. I suppose it’s his alternative plan for managing blood pressure.

When I mentioned my outraged reaction to Nike’s willful compliance with the left’s poster child for oppressed millionaires, Colin Kaepernick, in connection with withdrawing Betsy Ross flag emblazoned Nike footwear, my friend did not concur. He does not agree that Nike caved to one of its highest profile, most radical endorsers, and therefore should be called out. Quite to the contrary, my friend sees Nike’s decision as a stone cold business decision intended to inspire an important target audience of consumers — the growing number of Americans who no longer are sure they really want to be (Americans). 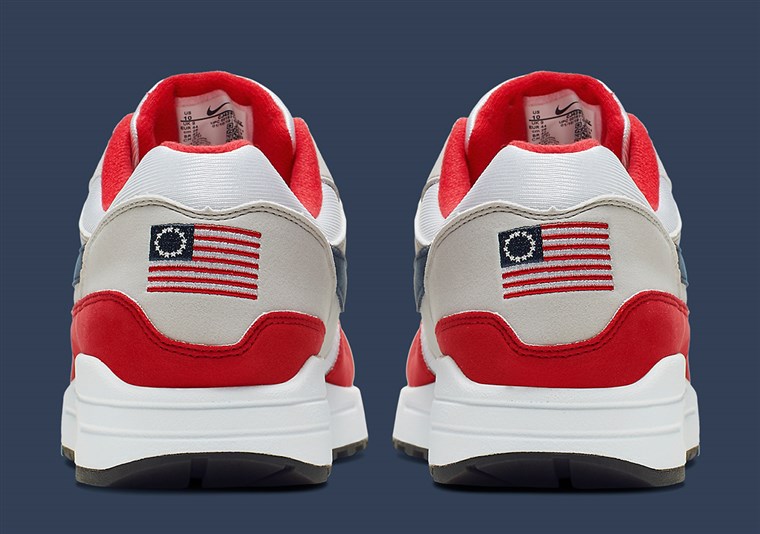 If absorbing the very good possibility that his assessment is correct does not turn your outrage into sadness, we’ll assume you are standing in line as we speak at a Nike store. In fact it is more than a possibility. Forbes.com reports a 2% increase in Nike’s stock price after the Ross decision, adding $3 billion to the company’s market value virtually overnight.

Observing the socialist-leaning, anti-American left routinely hijacking formerly enjoyable holidays, such as Independence Day, or global sports events, such as the just concluded soccer Women’s World Cup, only deepens my profound sadness. At the same time, I do not equate sadness with defeat. The remaining 45% of citizens who are extremely proud to be American are also extremely likely to continue defending our nation’s core values, to denounce Nike and other consumer brands which applaud the decline of patriotism and leverage it as a sales strategy, and to feel ashamed of American athletes such as Team USA soccer star Megan Rapinoe for using a world stage to f-bomb the nation’s majestic White House, trample an American flag in plain sight and infer that her talents stem from her identifying as a lesbian.

Are we to accept that celebrating American independence on the Fourth of July, celebrating historic women like Betsy Ross and celebrating dominant American athletes wearing the red, white and blue are tied to a bygone era?

The corrupt U.S. media are more than determined to extract the joy out of everything to damage Donald Trump and diminish long standing traditions. The “Salute to America” parade, military flyovers and fireworks in Washington were derided as an obscenely expensive production and a platform for a Trump campaign event. It instead attracted a sea of patriotic humanity on the Mall in inclement weather, but the washout thunderstorms the media predicted never happened. America happened.

And now we are scolded by agenda-driven sports “journalists” for daring to be uncomfortable about behavior by U.S. team members during the World Cup in France. A good many Americans looking on recall a time not so long ago when our athletes competing in international events were required to “represent our country” with dignity and class. (In the 1986 Goodwill Games in Moscow, members of the U.S. women’s basketball team were derided for draping themselves in American flags after a victory).

With Nike rooting them on, the American women’s World Cup team spent much of the tournament drawing attention to themselves. Rapinoe kneels during the National Anthem. President Trump kindly invites the team to the White House before knowing if it would win a fourth Cup, and Rapinoe responds, “I’m not going to the f—ing White House”. They spend inordinate time talking, not about soccer strategy, but about how unfair it is they are not paid as much as U.S. men when they qualify for the national team, ignoring basic economics.

But instead of suggesting these unhappy campers tone it down, publications such anti-USA Today continued to applaud their self-absorption.

“(It was) a group that confronted the issues that have roiled our society – gender equity, sexism, what we stand for as a country – head on, making sure these much-needed conversations keep going,” wrote cheerleading Nancy Armour.

“Eventually, (Rapinoe) will endorse someone in the Democratic presidential race,” Christine Brennan wrote, nearly short-circuiting her keyboard with torrents of saliva. “Rapinoe is going to become as a big a person in our culture as she wants to be.”

More than likely, she will become a footnote by next week. Always happens. But should she venture into the political arena, how will Rapinoe explain post-victory video capturing her shoving away an American flag, leaving it on the pitch and partially trampling it as she and two teammates performed an obnoxious routine that might have been choreographed by street thugs?

It’s a good guess she’ll never be asked for an explanation. And it’s an even better guess that the revulsion Nike customers feel toward the Ross flag some day will be directed toward our modern day stars and bars. We’ve already seen Kaepernick’s kneeling replaced by violence in our streets by America hating, Trump loathing marchers and rioters. “Our media and popular culture institutions portray love of country as inherently racist and xenophobic,” writes Jarrett Stepman for The Daily Signal.

If the American flag, and by extension a secure and prosperous America, are the next targets in the left’s war on all things sacred, let us pray that the sadness filling our hearts quickly will engender in us the courage of our founders to draw battle lines and defend our freedom. We are, as Ronald Reagan warned, but one generation removed from losing it.